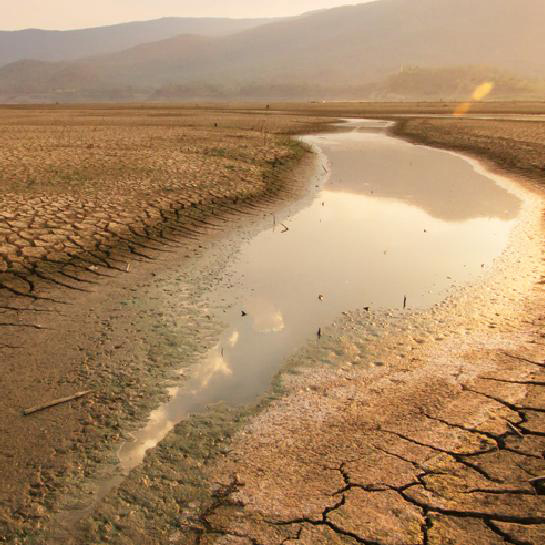 A Different Kind of Rally

Rally for Rivers or more specific Cauvery Calling is a campaign with a supporting action plan created by a non-profit organization in India. Its goal is to reverse the depletion of Indian rivers while saving the countries food and water supply for future generations. At the same time it provides an applicable approach for many other countries facing similar issues if succesful.

Slightly different from our usual topics revolving around mobility, data or smart city solutions, this Rally for India’s lifelines is an excellent example of combining ecological with economic aspects. Since that is a major topic among many stakeholders in the field of future mobility and city development alike, it seems reasonable to look all around for approaches that successfully combine the two in order to create sustainable strategies for the future.

Last year the Isha Foundation, who is behind Cauvery Calling, already established the world’s largest ecological movement with over 160 million people worldwide supporting the efforts during a 30-day rally through the country. While Rally for Rivers can be considered a first step mainly to raise awareness for the drastic depletion of nearly all Indian Rivers, including the endangered Ganges, and the consequences the country faces, Cauvery Calling employes a strategic plan of how to convert those changes in a pilot region.

For a little bit of context, it is worth knowing that the pressure of population and other developments are having dramatic impacts on India’s natural resources. Rivers who were flowing throughout the year just a couple of decades ago are seasonal now or vanished, increased floods and long periods of drought cause crops to fail while dwellers of IT megacities like Bangalore or Chennai pay ten times the usual amount for a can of water.

India, like many other tropical regions, relies on the soils ability to hold the water that pours down 2-3 month during monsoon season. The soil needs to be rich in organic content to hold those large amounts of water which will then slowly be released throughout the year, thus feeding the rivers. Due to modern agricultural methods using fertilizers, the land is no longer organically rich and deforestation programs contribute to the vast desertification of India, a land once known for its diverse supply of food. More information on the situation in India here.

Surprisingly the solution follows a rather simple approach – planting trees, lots of trees. Around 2,42 billion trees will be planted over the next 12 years to reverse the depleted soil condition and to make the river ‘Cauvery’ flow again. Well, that sounds like a blown-up environmental plan but here is the twist:

Those trees will be planted by farmers, who will turn their normal water-intense agricultural business into agroforestry while increasing their income drastically. Find out more here. The foundation has tested this approach with over 60,000 farmers in the region already and is now ready to scale up.

But it needs governmental support to transition those farmers to agroforestry. That is why a motorcycle convoy throughout southern India for 10 days was happening, rallying political, economic and social leaders to the cause – and what a success it was. The campaign not only unites political parties beyond their own agendas, but it also unites the entire country in an unprecedented way while other nation leaders e.g. from Africa pledge the significance of this tree-planting-approach for one of the biggest issues on the planet – degradation of soil.

Even the UN and several renowned research institutions have stated that around one trillion trees could nearly reverse the effects of climate change. And here you have science for what trees can do for us.

So Cauvery Calling is about to prove that ecology and economy can work hand in hand on a large scale. The idea, stated by the founder of the Isha Foundation, is to create economic plans with a severe ecological impact. Otherwise, ecology will always draw the short straw. And when you have Leonardo Di Caprio convinced of the importance of this demonstrable model, well then that must be worthwhile.