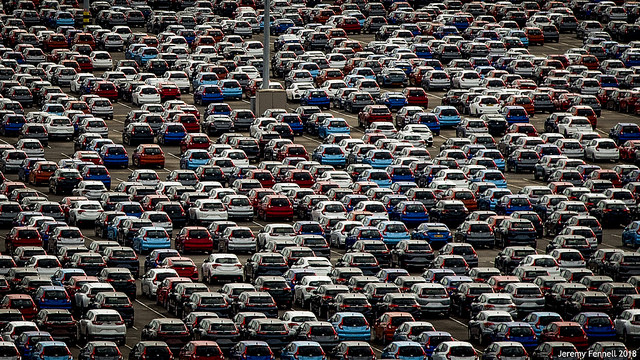 Spending More Time in the Car than at Home

Depending on which point of the Globe you are, you have more or less happy experiences concerning the traffic flow. For some cities, traffic congestion is a frustrating factor with which citizens live every day. What will be the most chaotic cities?

INRIX 2018 Global Traffic Scorecard, an analysis of congestion and mobility trends, has ranked the world’s most congested cities. The first six places are composed of: 1° Moscow; 2° Istanbul; 3° Bogotá; 4° Mexico City; 5° São Paulo and 6° London, which have been analyzed on the basis of time lost by citizens in congestion and the severity of it.

Moscow, where drivers lose in average 210 hours per year because the congestion, tops the 2018 global traffic ranking as the most congested city in terms of population weighting and commuter behavior. Despite the disparate mention as Number One in the ranking, the policies of the city of Moscow have been progressively growing to improve its car traffic situation. The Intelligent Transport System (ITS) reduces the flow of traffic along marked intersections. There are security cameras and variable message signs in the city center to inform drivers about the level of congestion or traffic accidents on the roads. The ITS also reacts to traffic problems in real time, and if necessary, can reduce traffic jams by synchronizing traffic lights to create green wave flows.

The city of the Kingdom

Londoners lose even 227 hours per year. According to INRIX, due to London‘s much larger population in comparison with other cities in the U.K., it significantly impacts the national average for time loss and cost per driver. The problem is that the population has grown rapidly and sustainably, but not the capacity of roads. All of this has in some way affected the performance of the bus network and caused a decrease in the number of users. To contrast it all, one of the measures that have begun to apply is the Congestion Charge, consisting of a fee to be able to circulate in certain areas. The intention of the measure is to control the circulation through the most central areas to avoid accumulation and CO2 emissions.

The urban centers of Latin America present a weighted number of hours lost in traffic congestion; Bogotá with 272 , 218 in Mexico City and Sao Paulo with 154 hours. The predominance of Latin American cities in the ranking has to do with the financial volatility that directly influences the infrastructure of cities, accompanied by the dizzying growth of urbanizations. However, little by little, cities are implementing systems such as the Bus Rapid Transit (BRT), which is an organized and developed means of transport for the mobility of large numbers of people in an efficient manner.

I believe that traffic congestion rates are more than a reflection of the waste of time and money, they are an invitation for new and intelligent urban planning ideas in favor of efficient and sustainable mobility.