Initiated by the Sustainability Council of Volkswagen AG, the Open Source Lab for Sustainable Mobility developed a number of digital outputs and prototypes with the aim to make them available as true open source resources for the global open source community. In order for these assets to be openly available into the future, their components […]

Initiated by the Sustainability Council of Volkswagen AG, the Open Source Lab for Sustainable Mobility developed a number of digital outputs and prototypes with the aim to make them available as true open source resources for the global open source community.

In order for these assets to be openly available into the future, their components have been available as open source code to the Open Source Lab’s GitHub page. GitHub is the world’s leading software development platform. It has over 40 million users and more than 100 million repositories (including at least 28 million public repositories), making it the largest host of source code in the world.

MECO2 is a mobile app that informs its users for the CO₂ footprint of their everyday mobility by estimating the mode of transport and providing visualizations. The app has been presented in detail at the Deliverable 4 of Phase 3.

The code is a fork of the open source application “E-Mission” originally developed by the University of Berkeley and currently maintained by the US National Renewable Energy Laboratory. 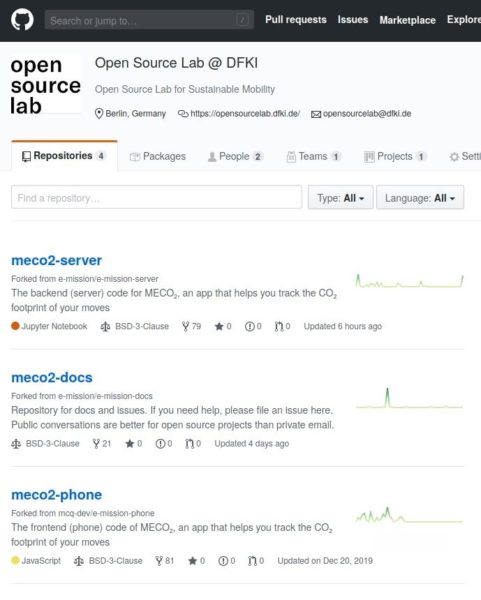 Repositories: The code divided in 3 repositories for the front-end, the back-end and the documentation.

MECO2: Interaction between front-end and back-end

The following picture explains the interaction between front-end and back-end, as they consist separate repositories. 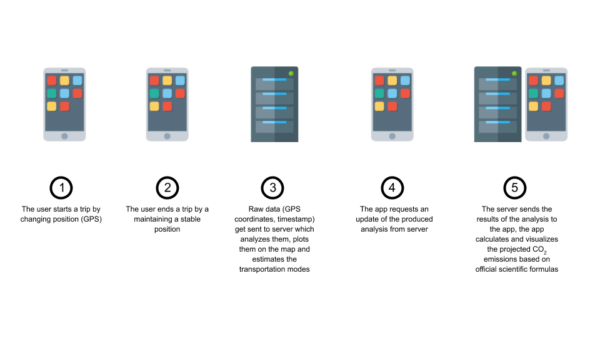 (meco2-server): The server receives the location and sensor data from the user phone and delivers an analysis of the data of the trips with the possibility to depict them on the map. It also maintains a database for tasks which involve collection and distribution of anonymized mobility data and creation of data sets.

(meco2-phone): It contains the user interface and the code for collecting movement data and calculating the CO2 footprint.

MobilityNet is an open dataset with mobility data accompanied with sensor information from mobile devices. It currently includes 1080 hours of data from both Android and iOS, representing 16 different travel contexts and 4 different sensing configurations.

The dataset has been presented at the workshop “AI for Climate Change” in the frame of the International Conference on Learning Representations (ICLR 2020).

The data is hosted in a database in a server in the DFKI premises. The current repository provides the scripts (as Python notebooks) that provide access to the data and showcase their usage for various research questions. 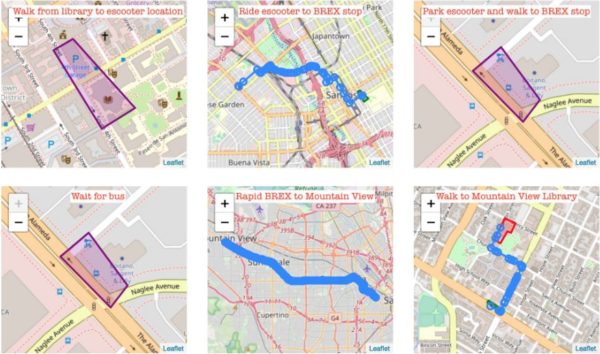 With the mobile app BikeRider, players collect ten leaves for every kilometer ridden on a bike. Once they’ve collected 500 leaves, or 50 kilometers, they can plant a tree on a virtual map of Berlin. The cyclist who has ridden the most kilometers is determined for each month. As part of an online challenge in 2016, the first- and second-place contestants won a real tree, planted by Berlin’s city tree initiative 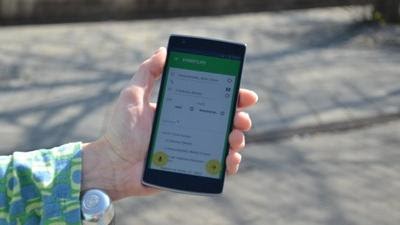 “Close the gap” is a web-based application aiming to find the worst bike paths located in Berlin by crunching through several datasets with multiple metrics. Bike paths were rated by an index calculated using air quality measurements, traffic measurements and quality state of the street. It was developed within 24 hours by a group of volunteers and won the mobility challenge of Climathon 2019, with Open Source Lab contributing to the organization and the mentoring. 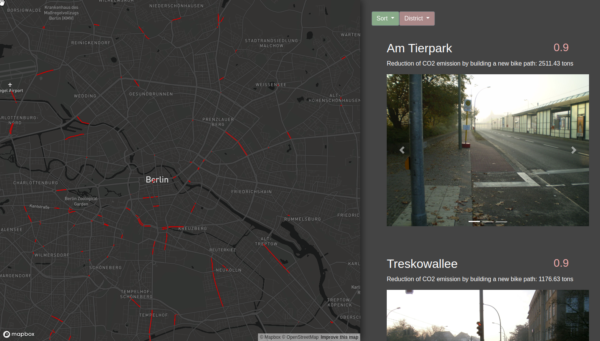 (wp_open_taxonomy_tree) A taxonomy structure to visualise and catalogue components and best practices of a sustainable and open urban mobility ecosystem, as shown on the OSL website.

The repository provides a WordPress plug-in that allows anybody to reproduce and modify the taxonomy in their own website, including the full graphical interface. The plugin includes: 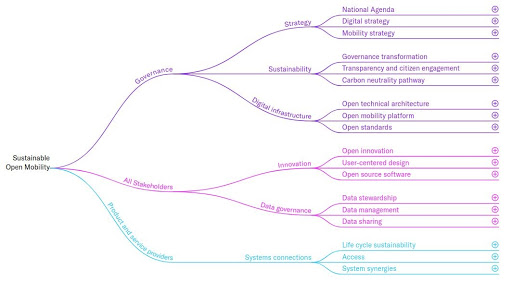 The hierarchical taxonomy for open mobility, as appearing in a website, after the installation of the open source WordPress plugin. Users can interact with the tree and browse content by interacting with its branches.

It also includes a blank card in order for participants to create their own systems components according to local conditions. 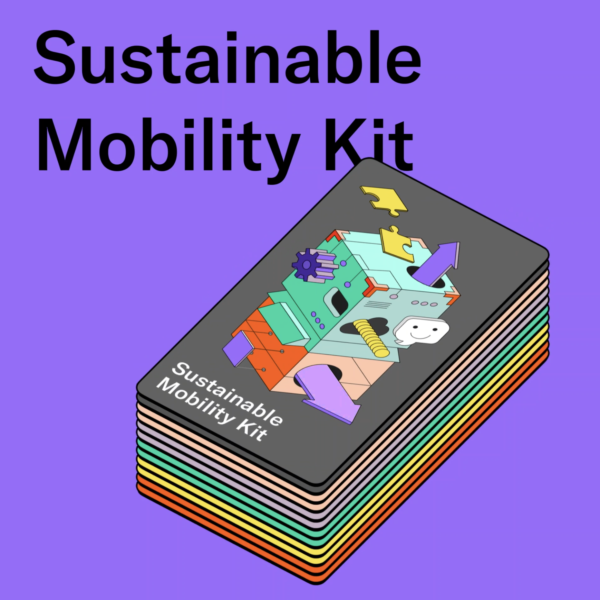 ECO-WIDGY is a browser extension that lets consumers understand the environmental and social impact of the purchases they are going to make. This repository provides the code for the back-end, which was developed as part of the 2019 Collabathon of the Open Climate project.

Based on our original design, a front-end prototype has been developed.

The Open Source Lab for Sustainable Mobility GitHub repository is located at https://github.com/open-source-lab-DFKI and contains 7 open source repositories with about 340.000 lines of code, where the Open Source Lab contributed through resources, programming and software engineering, design and mentoring, in close collaboration with more than 20 developers from several software communities.

The establishment of Open Source Lab’s GitHub page ensures the digital outputs can be found, utilised or built upon by anyone.

Several of the repositories on Open Source Lab’s GitHub page remain in close interaction with developer communities through forks and branches, which reassures the broad dissemination of the project results. Many parts of the software may also be valuable for future DFKI projects and utilized accordingly.